Facts That Work Inside The Mind Of An Autocratic Leader 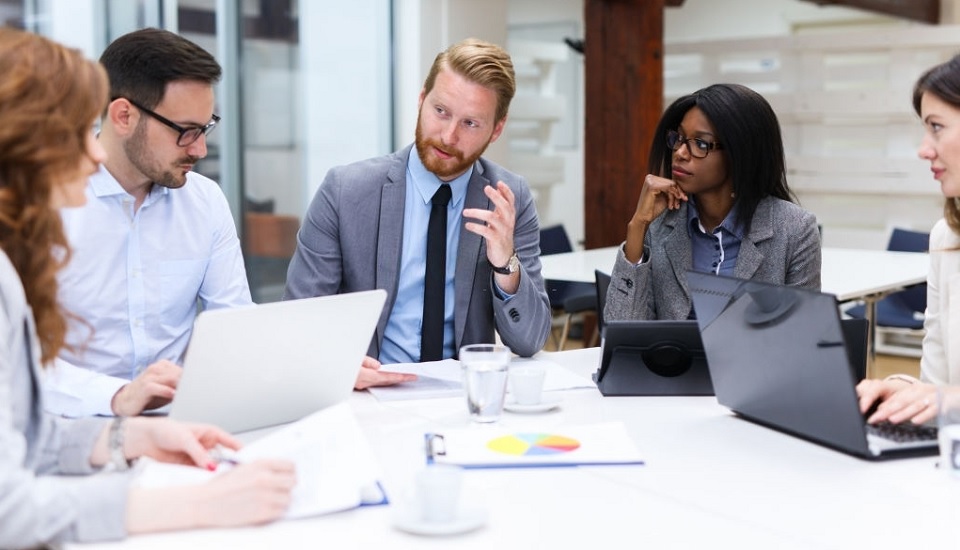 A trainer training program enables the enthusiasts to understand the types of leaders they are. This program also helps them to rectify the points which set their qualities at a backfoot. Hence, they work on the demerits and grow as better versions of themselves.

Traits of an autocratic leader:

An autocratic leader, as discussed earlier, is absolutely self-sustained. In the case of any decision-making process, this type of leader aims at working in a strict environment. Such a leader always prefers a structured model of workflow and demands 100% focus of all the subordinates.

Like a boss can never be wrong, autocratic leaders are sort of dictators. They come up with verdicts that might not be aligned to the point of view of other members, but it does not bother them. Well, in most cases, it has been seen that decisions taken by these leaders are crisps and perfect! Hence, such a professional attitude is being admired by many.

Taking risks is habitually not a track an autocratic leader follows. He/she is mostly an instrumental manager who focuses on achieving the target. This type of leadership has faith in an existing system, i.e., it feels that once a method for a particular problem has worked, that will do the same down the line. Moreover, taking risks is not wise always!

Being imperious, this leadership is a big fan of going abide by the pre-formulated rules and regulations. The group members, consequently, have to walk to the same track. Besides, such a boss emphasizes following a consistent work schedule.

Why autocratic leadership is beneficial for an organization?

The features of dictatorial leadership have always helped the system to prove it as one of the most impactful ones in terms of the growth and development of the organization. An autocratic boss has squeezed out the best versions of his employees quite a few times. There are multiple scenes where autocratic leadership works better than any other kind of leadership.

Quick decision: During the arrival of any super-stressed situation, the autocratic leaders are known to make the best decisions by analyzing the given situation. The presence of mind is top-notch and the way they implement this quality is absolutely genius!

Goal-oriented: Too many cooks spoil the broth, this phrase exists in every cell of an authoritarian leader. He/she usually points at the bird's eye and dictates the group members the path of working. An autocratic leader has a serious lookout for the target and hates wasting time behind discussing a plan among teammates. He/she chalks out the entire strategy and asks the group members to work accordingly in order to avoid any chaos.

Increase in productivity: An authoritarian leadership, being strict in nature, knows methods to be used when the subordinates feel demotivated to work or feel lethargic. Since the major target of such a leader is to achieve the targets perfectly, he/she will plan accordingly so that the entire teams perform well. Success can be grabbed easily when an autocratic leader takes charge of any assignment.

Expectations: From the point of view of the employees, working under the guidance of an autocratic leader has no hidden chests. They say that such a leader clearly speaks about the expectations he is having from the team and also the consequences if anyone fails to hit the bull's eye. This does not lead to an error in the path of communication.

Regions where autocratic leaders must work on:

Being super-strict, bossy, goal-oriented, and hardworking, autocratic deals are often tough to deal with. Their crazy formats of working though work excellently in most cases, coping up with their level of expectations is not a cup of cake to many employees.

The trainers' program is the event where these leaders are given an insight into what is not making them the best ever style of leaders. This trainer training program has been of immense help to many leaders who always look for growing more professionally.

There are certain points where an autocratic boss must work on

Lack of creativity: Whenever the team members come up with an innovative approach to solving a problem, it receives a rejection from an autocratic. It is because such a leader stays refrain from taking risks. Owing to this, the creativity of an employee remains suppressed and the skill gradually gets diminished.

Fixed kind of work environment: A strict environment demands the rule of an autocratic leader. Thus it becomes claustrophobic for an authoritarian leadership to work in a free-flowing ambiance. Such an ambiance gives lots of liberty to the employees which gives rise to multiple numbers of opinions. A dictator, as a matter of fact, is not good with tons of opinions.

Negligible trust: Communication is always one-sided in this type of reign. Thus employees usually feel that they are not capable enough to be trusted. A sense of self-underestimation works at the back of their mind and they feel demotivated.

Non-sympathetic: While running behind perfection, an autocratic leader neglects the personal space and needs of the team members. If the level of expectation is not met, these leaders can't think of sparing anybody.

A real-life scenario: The democratic leaders encourage the participation of all the team members and love taking inputs from them while making a decision. They are sympathetic, creative, love providing an ample amount of opportunities to the group members for their growth. They do not act as trust-inhibitors, unlike the autocratic bosses.

But every coin has two sides. A democratic leader often cannot tackle the chaotic scenario that occurs due to the participation of all the members. The methods being used to solve an issue in this format of the ruling are time-consuming, for real!

One of the biggest names from the pages of history who has ruled his kingdom that covered almost 70 million people, was Napolean Bonaparte. He was the exact epitome of the term called autocratic and a hugely successful one. His ideas were absolutely mindblowing and those came out completely from himself. Sharing his ideas with his soldiers was simply out of his rule-book!

Whereas, Bill Gates is a combination of both autocratic and democratic leadership. During the initial phases of Microsft, his actions made him one of the most successful dictators in the world. However, in the later stages, he has involved some brilliant aspects of democratic leadership. Such a combination, needless to say, has brought a massive level of fame to Microsoft.